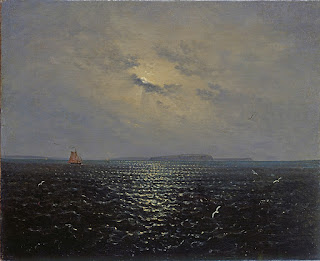 The Dante Aligheri Society Auckland presents the final concert of its 2018 Chamber Music Series, to be followed by Panettone and Prosecco!A pairing of romantic works from Italy and Germany, Catalani's "Danza delle Ondine" and Reinecke's Trio op. 188 for oboe, horn and piano, as well as music by Koechlin, Jan Bach and Franco Margola.Performers:Camille Wells, oboeCarl Wells, hornLuca Manghi, fluteDavid Kelly, pianoTickets at the door (cash only)$25 / $20 for D.A. Society members / $10 students

Posted by Alessandra at 2:47 PM No comments: 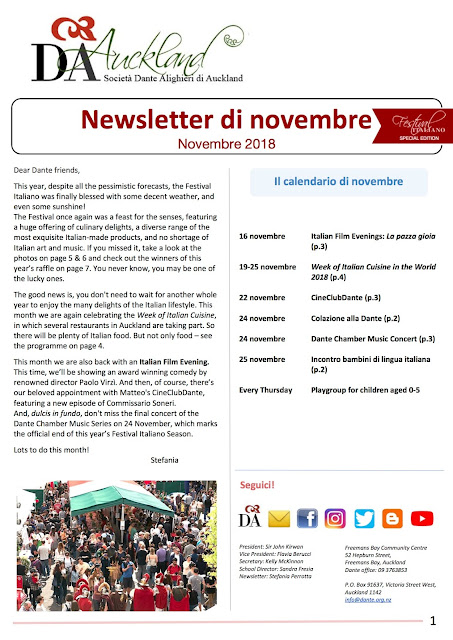 Click here to read our November Newsletter, full of reportages about the many events of the Festival Italiano Season in Auckland, and the Italian events for November in Auckland.

Posted by Dante Auckland at 1:50 PM No comments:

The state honour — which translates as Knight of the Order of the Star of Italy — is bestowed on Italians and foreigners who have promoted relations between Italy and other countries. It also reflects on the promotion of Italian culture in the world.

Zecchini has been widely active in the Italian community. She is a long-standing committee member and former President of the Società Dante Alighieri di Auckland, and a representative on the Com.It.Es Wellington. She has taught Italian language and culture at the Dante Society for over 20 years.

Since 2006 she has been Director of the annual Festival Italiano Auckland, which is the country’s largest Italian cultural event, and among Auckland’s busiest ethnic festivals.

Posted by Dante Auckland at 1:45 PM No comments: 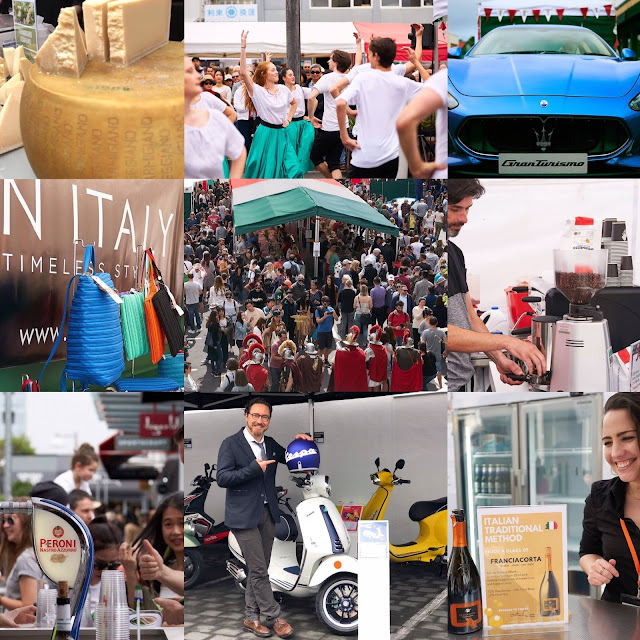 We have so many beautiful photos of the 2018 Festival Italiano that it would be difficult to choose what to publish! So go to our FB page and check out the album there, still being uploaded! Feel free to tag yourself and/or your business!

If using any images please credit Festival Italiano Auckland and Photos by Gianni Flego
Posted by Alessandra at 1:25 PM No comments: