Our June newsletter is out now full of news and activities. You can find photos from our last event "La Biografia di Al", which was a huge success and important dates to remember for the month of June, such as "La Festa della Repubblica" and "The Italian Quiz Night". Please click here to read or download. 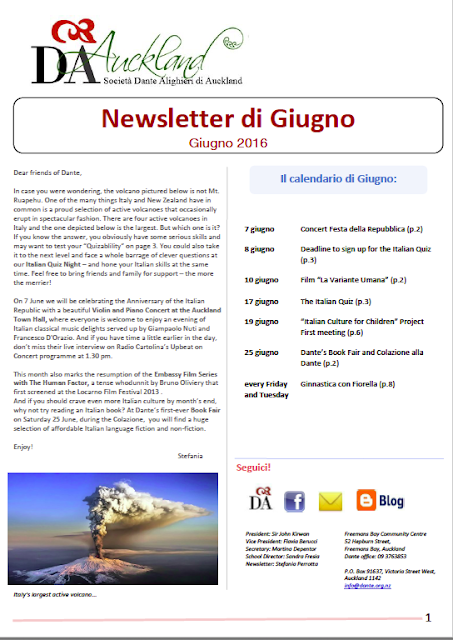 Posted by Dante Auckland at 12:21 PM No comments: 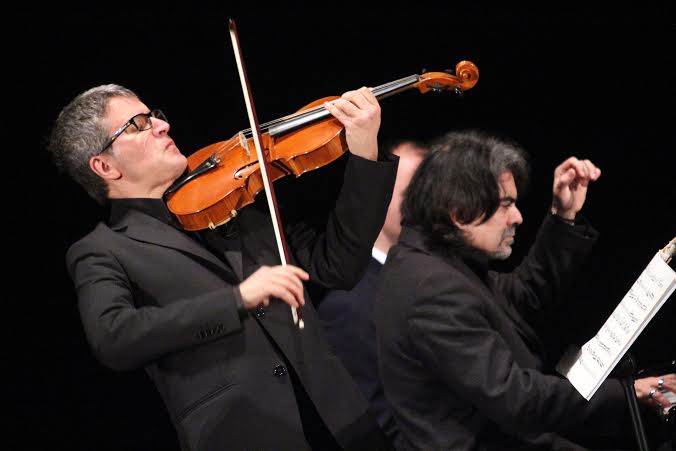 To celebrate the anniversary of the Italian Republic the Embassy of Italy, the Dante Alighieri Italian Society of Auckland, and the COMITES Wellington Inc. (Committee of Italians citizens in New Zealand) invite you to a free

Free entry on the night to seat availability.

Francesco D’Orazio
was born in Bari and was taught violin and viola by his father. Later he studied with Denes Zsigmondy at the Salzburg Mozarteum and Yair Kless at the Rubin Academy in Tel Aviv. In 2010, the Italian National Music Critics Association awarded him with the Premio Abbiati as “Best Soloist” of the year. With Orchestra Sinfonica Nazionale della RAI in Turin, he recorded Fire and Blood by Michael Daugherty, Michael Nyman Concerto n.1 and the complete works for violin and orchestra by Ivan Fedele. Mr. D'Orazio has recorded for the most prominent record labels such as Decca, Hyperion and Opus 111/Naive and has performed at such major concert venues as the Berliner Philarmonie, Accademia Nazionale di Santa Cecilia (Rome), Royal Albert Hall and Cadogan Hall (London), the Teatro Coliseo (Buenos Aires), the Centre de la Musique Baroque in Versailles, the Frick Collection in New York. His large repertoire includes works from early music, as violinist in the original instrument ensemble L'Astrée of Turin, to classic, romantic and contemporary music. He is a favourite of many composers: Luis De Pablo wrote for D’Orazio his last violin work, “Per Violino” and for many years D'Orazio worked with Luciano Berio.

Giampaolo Nuti
was born in Florence, where he studied piano with the late Antonio Bacchelli at the “L. Cherubini” Conservatory of Music, graduating with honours in both piano and harpsichord. First prize winner in many piano competitions, he has appeared as a soloist with many symphony and chamber orchestras, working with Topilow, Yaslicam, Chen, Samale, Gutter, Kawka, performing Concertos ranging from Bach, Haydn, Mozart, Beethoven to Liszt, Alkan, Chopin, Tchaikovsky, Shostakovich and Schnittke in Italy, Austria, United States and Mexico. He has recorded with Decca and Stradivarius. Nuti has been the winner of the State Competition for teaching positions; he is presently teaching piano at the “A. Boito” Conservatory of Music in Parma, while regularly holding master classes for various academies in Italy. Mr. Nuti’s solo repertoire covers a vast part of piano literature; he also focuses his attention on monographic recitals, like the ones dedicated to Alkan’s music, the north-american composers or the complete Shostakovich Preludes and Fugues; he also endeavours to explore new forms of recitals, seeking to attain a more engaging experience for the audience. 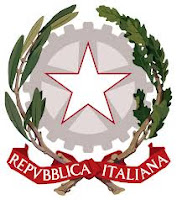 Posted by Dante Auckland at 6:20 PM No comments:

Che spettacolo! Thank you to everyone who came to watch and support our amazing group of actors from Dante Alighieri Auckland School who performed "La Biografia di Al" entirely in Italian.
A special grazie to our sponors Aperol, Peroni, Cinzano Prosecco and Pukeko Baker. Cheers to all the helpers and to our Director (and actor) Matteo. 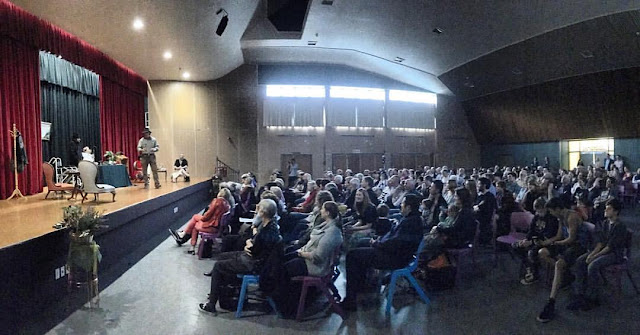 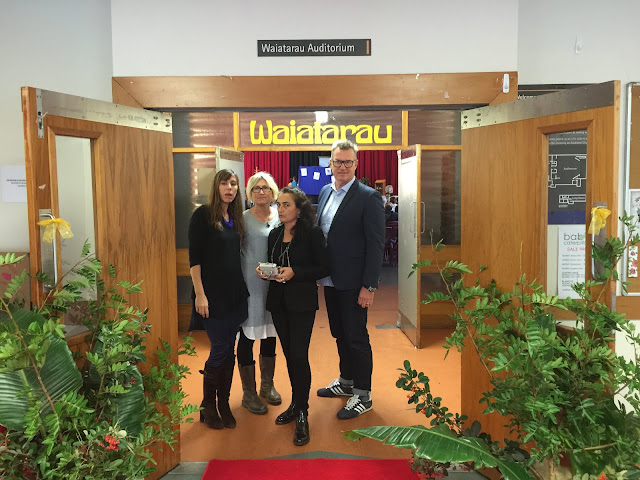 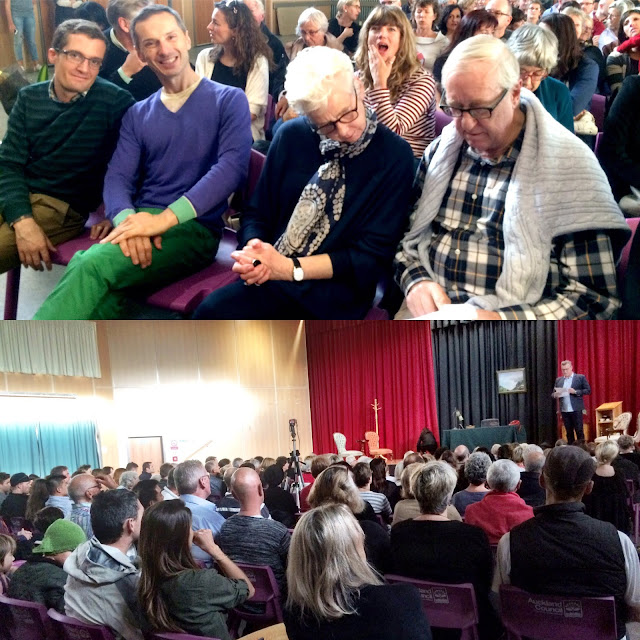 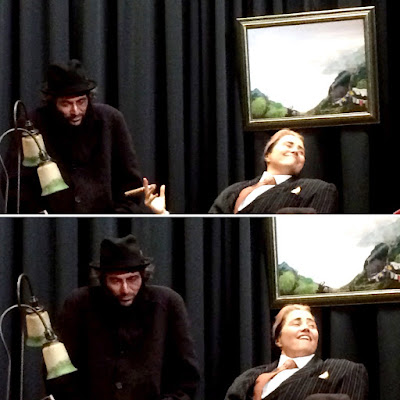 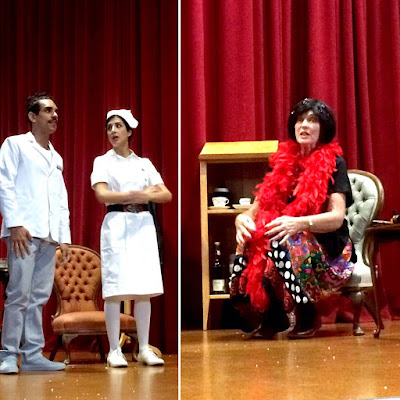 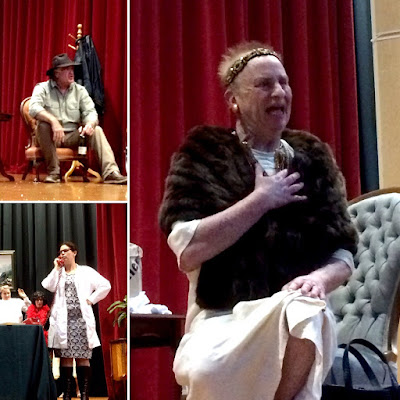 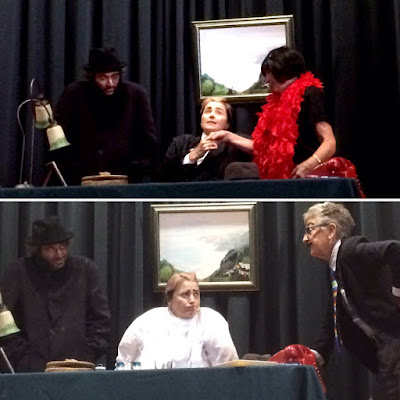 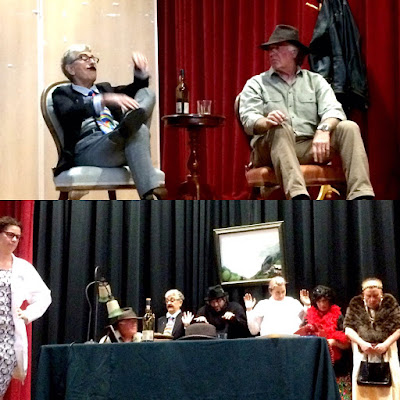 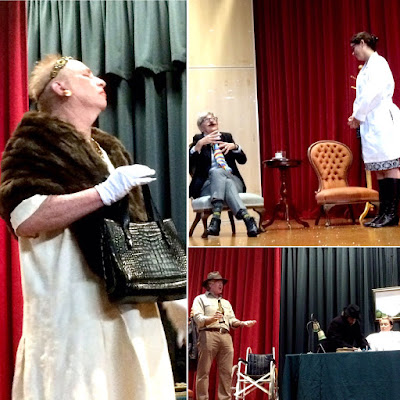 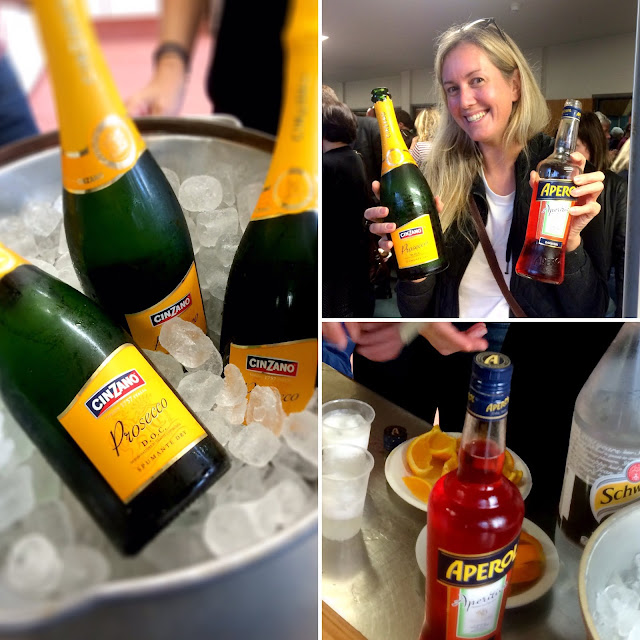 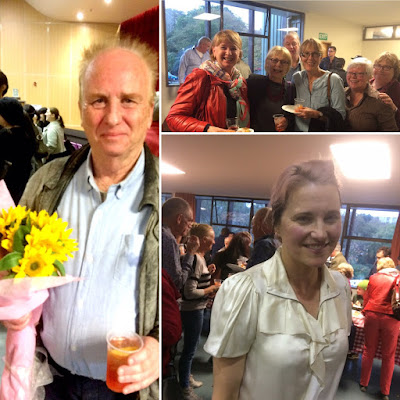 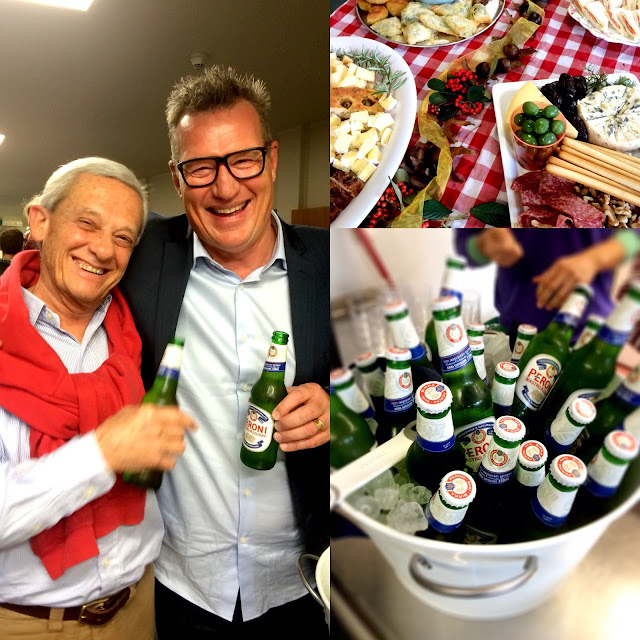 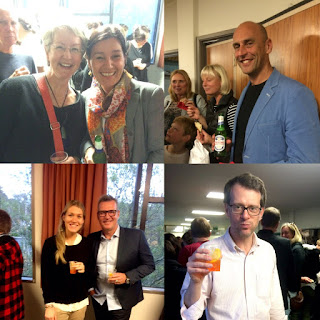 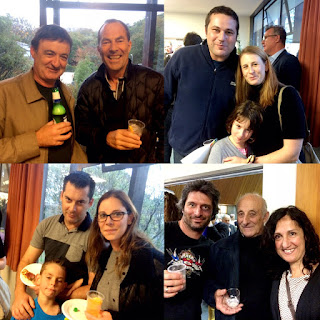 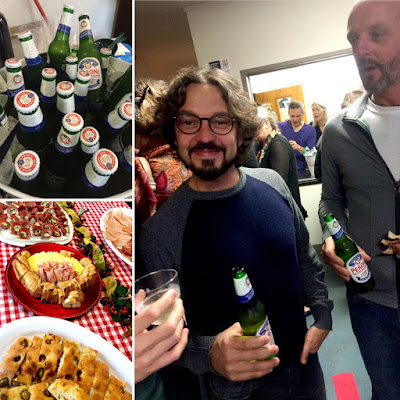 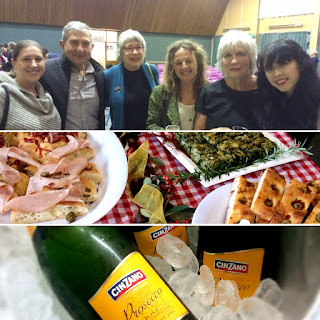 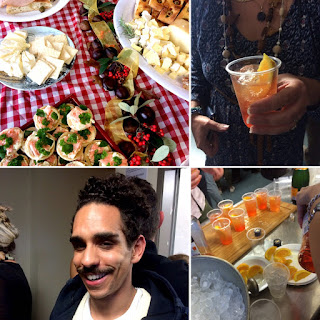 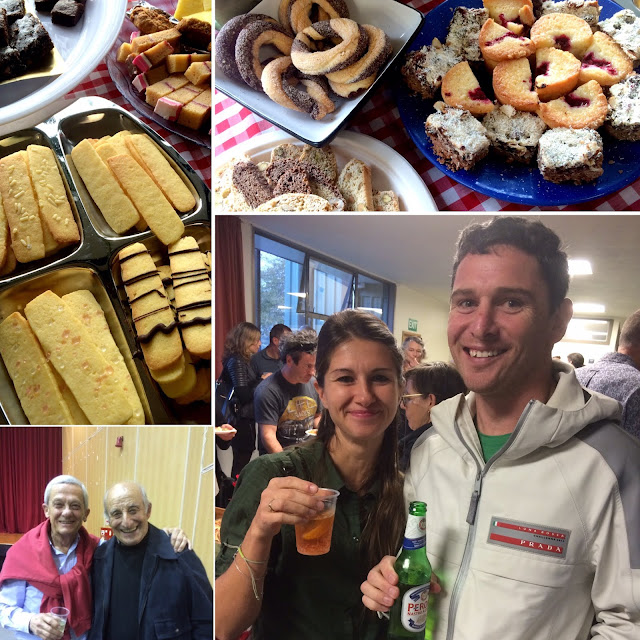 Posted by Dante Auckland at 9:59 AM No comments:

CLOSING NIGHT OF THE CINEMA ITALIANO FESTIVAL NZ IN AUCKLAND

President of the Dante Alighieri Society of Auckland John Kirwan was at the Auckland Academy Cinemas last night for the closing night of the Cinema Italiano Festival. THE CONFORMIST. Dir. Bernardo Bertolucci from a novel by Alberto Moravia is an undisputed Masterpiece of Italian Cinema.
With cinematography by the great Vittorio Storaro it has been called "One of the most beautiful films of all time." 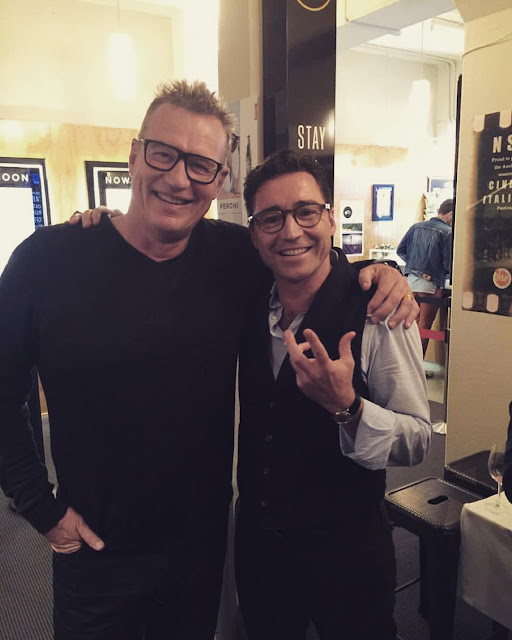 Posted by Dante Auckland at 4:50 PM No comments:

Posted by Matteo at 9:13 AM No comments: Programme
AUCKLAND
BRIDGEWAY MAY 4-15
ACADEMY MAY 5-15
MONTEREY MAY 6-14
Discount for Dante Members, only $15
TAURANGA
RIALTO TAURANGA MAY 19 -25

Discount for Dante Members, only $15 Posted by Dante Auckland at 3:18 PM No comments:

Dante's Play is on its way! 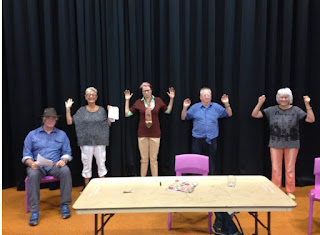 Al Capone, legendary gangster of Chicago, invites a few famous writers into his office to have them write his own biography.
His call is answered by three very different authors: Agatha Christie, George Lucas and Eduardo De Filippo.
They all gather to work on the ‘story of Capone’s life’, but whilst they are busy, trying to find a common ground, things turn out be much different than expected…

Matteo’s theatre class/workshop is proud to introduce to you “La biografia di Al” (“The biography of Al”), a one-act play written by Italian writer Saverio Siciliano and adapted and directed by Matteo.
The play will be shown on Sunday the 22nd of May at 4pm at Dante (at the Auditorium of the Freemans Bay Community Centre to be exact).
After the play a glass of spumante and some nibbles will be served to celebrate our brave students/actors (if you want, you can also bring a platter to share!).