Come to the Mercatino di Natale for all your Italian Xmas shopping and save! Traditional Italian Christmas food and sweets, Italian books and gifts, nativity sets and Christmas tree decorations, crafts and pre-loved Italian clothes and accessories. Italian coffee and pastries plus wood fired pizza  will be available on the day, so bring the whole family for an Italian Xmas experience.

Posted by Dante Auckland at 8:03 PM No comments: Last night we concluded the Italian Festival Season with a Chamber Music Concert with the Donizetti Trio. It was a wonderful evening of music, followed by Italian drinks and food.
Thank you to our sponsors for the night, Prosecco Borgo San Leo, Birra Peroni and Aperol, to the volunteers of the Dante Alighieri Society who helped with after party, and to our wonderful musicians Luca Manghi, Ben Hoadley David Kelly

Posted by Dante Auckland at 11:39 AM No comments: 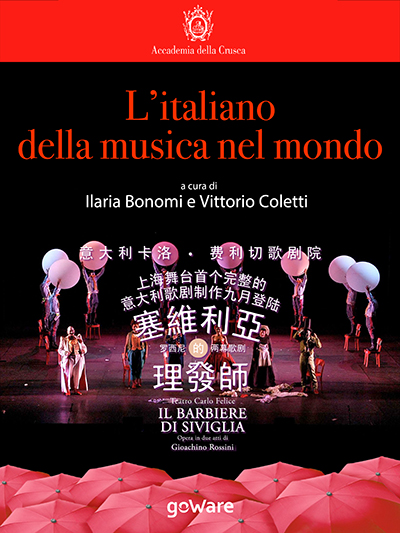 Posted by Dante Auckland at 2:52 PM No comments: We conclude the Italian Festival season in Auckland with a special concert:
A night with the Donizetti Trio
The Donizetti Trio presents the second concert of the Festival Italiano 2015.Featuring Dame Gillian Whitehead's "Venetian Mornings", a tribute to Jack Body.Also includes music by Vivaldi, Donizetti, Respighi, De Lorenzo and Sgrizzi."The Donizetti Trio is an instrumental group of high order and, with such capable hands as these players from Auckland and imaginative programming, the flute and bassoon are particularly well-matched for their tonal colours..." (NZ Herald)
The Donizetti Trio:
Luca Manghi, flute
Ben Hoadley, bassoon
David Kelly, piano
St Luke’s Church, 130 Renuera Road, Auckland
17 October 2015, 7:30pm
Tickets sold at the door $30 ($25 for Dante Members)
A light refreshment will be served after the concert.

Posted by Dante Auckland at 11:42 AM No comments:

The University of Auckland is presenting two seminars with visiting Italian professor Luciano Marrocu: Fascism on the periphery and Italian Postcolonial Literature: Ennio Flaiano’s Time to Kill. Please scroll down for more details.

Fascism on the periphery

For the Italian Fascist regime, totalitarianism was more of an aspiration than a reality, particularly because the project of nationalization had to contend with the continuing existence—and in some cases resistance—of different Italies, which jealously guarded their distinctiveness. Following the March on Rome, the regime’s project of domination had to deal with local élites, especially in the South. In only some Northern and Central areas, where the Fascist movement was strongest, could the regime count on social classes whose vision of a new Italy matched its own. Not all Italians would embrace Mussolini’s project of forging a New Italian Man.

In most of the South the regime had to deal with social classes whose histories were vastly different from those whence Fascism emerged. These Southern classes’ version of Fascism introduced attitudes, points of view, and habits that were perceived by the Centre, i.e. Rome, almost as acts of resistance to the totalitarian project.
Sardinia is a particularly useful case for examining how the Center-periphery relationship played out. As a large island located far from the Italian peninsula, Sardinia represents an extreme case, at least in the Italian context, of a remoteness that is defined not only by its geography.

Ennio Flaiano is internationally known for his collaboration with Federico Fellini, for whom he crafted the scripts of many movies during the fifties and sixties, including La Dolce Vita. More recently Flaiano has attracted the attention of post-colonial scholars for his 1947 novel Tempo di uccidere upon which Giuliano Montaldo’s 1989 film “Time to Kill,” starring Nicholas Cage and Giancarlo Giannini, is based. This novel recounts some of  Flaiano’s real-life experiences in the Italo-Ethiopian war, a conflict that resulted in Ethiopia’s subjection to Italian rule. Between November 1935 and May 1936, the 25-year-old Flaiano served as a lieutenant while taking the first steps in his literary career by keeping a sort of diary, Aethiopia. Notes for a Pop Song, which would be the basis for his 1947 novel. In the novel, he portrays an anguished Italian officer who  survives the Ethiopian war.
This lecture will follow Flaiano’s itinerary as laid out in the war diary up to the actual writing of the novel, which is recognized today as the first radical condemnation of colonialism in Italian literature.

Luciano Marrocu is Professor of Modern History at the University of Cagliari. His research fields include the history of the British Labour Party, the Fabian Society, and the life and writings of George Orwell. Notable publications on these topics include Il modello laburista (The Labourist Model, 1985); Il salotto della signora Webb (Mrs. Webb’s Sitting Room,1992); and Orwell: la solitudine di uno scrittore (Orwell: a Writer’s Loneliness, 2009). He has also written a seminal essay on fascism in Sardinia in the canonical History of Italy 1998.
Luciano is also a renowned fiction writer. To date he has published seven novels, most of which are set during the fascist regime. These constitute an alternative means of exploring the fascist epoch as a complement to his academic research in this field.
Posted by Dante Auckland at 3:40 PM 2 comments:

THROUGH OTHER EYES is the lively and surprising film about a group of extraordinary and determined blind individuals These ten intimate and moving stories, far removed from the cliches associated with blindness introduce us to ten talented protagonists who speak of their passions and challenges; a film that in turn challenges our preconceived notions of blindness and its limitations.
Posted by Dante Auckland at 9:03 PM No comments:

For info about our children's classes click here
Posted by Alessandra at 3:46 PM No comments: