This type of bread is typical of my area of Italy, in the province of Modena. In other parts of Italy some people call them tigelle, but tigelle is the name of the terracotta disks in which they were originally baked in. Terracotta disks are still used, but today most people use large iron plates with long handles called cotte, or the more modern version, made from aluminium. Personally I still prefer the iron cotte, they are heavy and many years ago I carried them to New Zealand via Japan, almost half of my luggage allowance, but worth it. 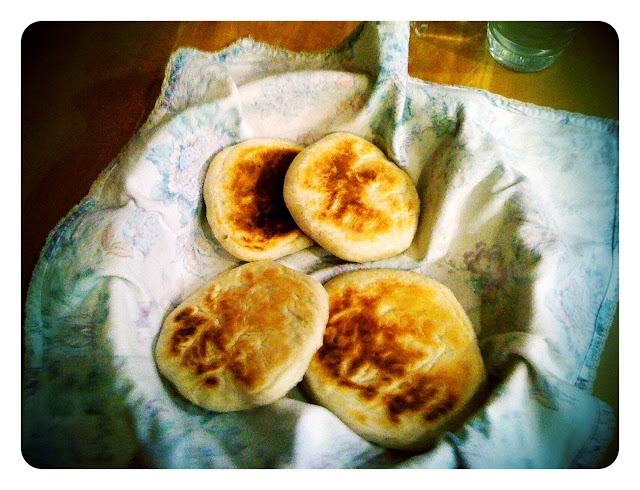 Great food for cold nights, and the children go crazy about them! They helped, Max chopping the rosemary that goes in the filling, and Aranxta dividing the bread dough into small balls. The balls are flattened and then placed on one of the hot plates, which I greased with vegetable oil (not olive oil, I used rice bran oil, which has a high burning point and no flavour). Then you cover them with the other hot plate. So this bread 'bakes' on the stove, not in the oven! 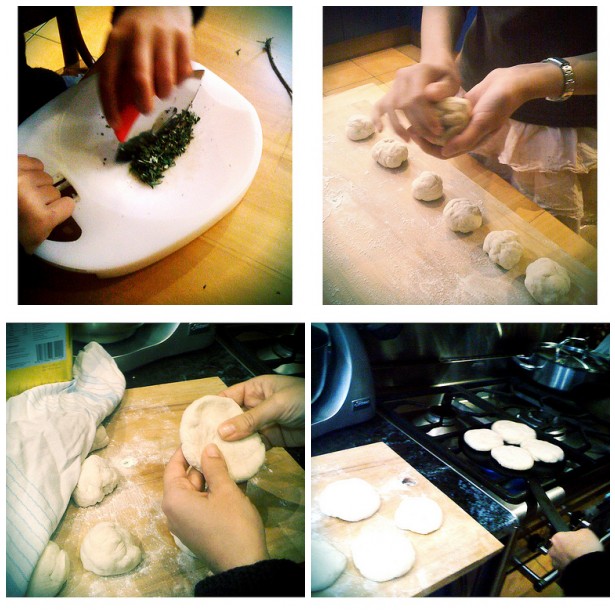 You have to turn the hot plates a few times to make sure that you have even heat both on the top and on the bottom, and at the last turn I also turn the crescentine. Is a sort of dance really, and good excercise for the arms! The person who cooks is always standing, and eating and drinking wine while cooking, the diners help themselves cutting open the crescentine and filling them with what they like. Traditionally pancetta, salami, prosciutto or cheese are used, but mostly a kind of pesto made with lard, rosemary and garlic, then topped with grated parmesan. 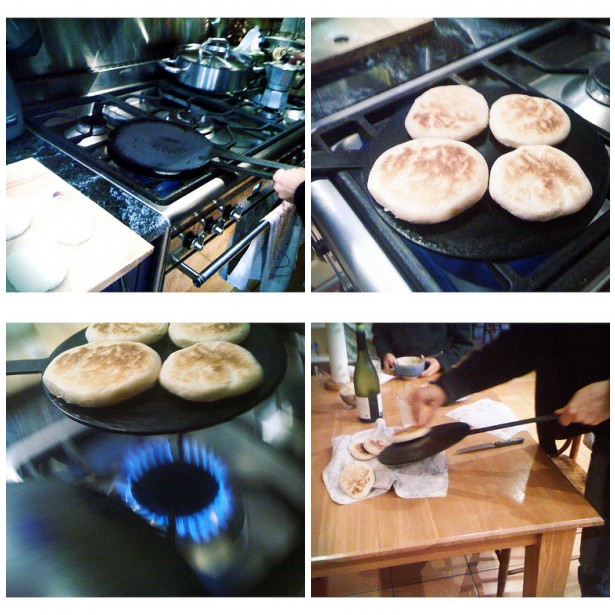 Since I don't eat meat, and even if I did I could not find that particular lard outside of its restricted area of origin, let alone in NZ, I use salted butter. In NZ butter is quite rich and totally suitable, just soften it, or even melt it and let it set again, then add chopped fresh rosemary and some squeezed or finely chopped raw garlic. Put inside the hot crescentine, top with parmesan, and eat. I have never met anyone who didn't like them, they are addictive, and even if I usually have other fillings at hands, from a variety of cheeses, cooked and raw greens, mushroom and lentil sauce available, we tend to eat at least half with the garlic-rosemary butter. On the famous desert island this would be the food I would crave the most, and the second would be yet another type of bread, fried, from the same area: gnocco fritto, (click here to see it), probably my husband first choice in the island!

And what is your favourite food? 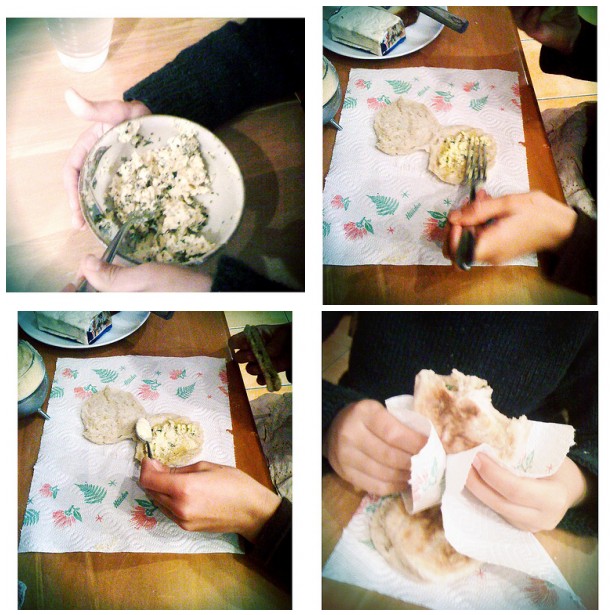 Photos by Alessandra Zecchini and Arantxa Zecchini Dowling ©
Source http://alessandrazecchini.blogspot.co.nz/2011/05/my-favourite-food-is-crescentine.html
Posted by Alessandra at 10:26 AM